I’ve been working on the sets for the animated series pilot of Issue 1, and I wanted to share a quick lighting test.  You can see the magenta stand in’s for the dashboard screens, as well as the placeholder texture for Suzi’s environmental suit.  She’s still a work in progress, so keep that in mind.  I’ve got some test footage of the space environment, along with a few changes from the comic.  I’m devoting more of my time towards getting the first issue animated.  It’s a been a long time coming, but better late than never. 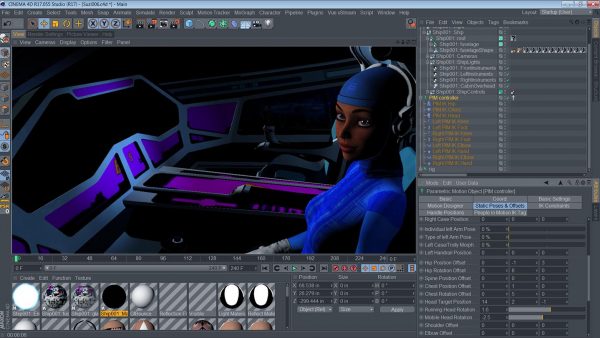